When I was a kid I used to watch Winnie the Pooh ( also known as Pooh bear ), Beyblade( A Japanese Manga series ), Ben 10, Tom and Jerry, Courage the Cowardly Dog, Motu Patlu, Pakdam Pakdai, roll number 21, Hagemaru, Chhota Bheem, Ninja Hattori Doraemon and my favourite Shinchan.
These are not native Indian cartoons, most of them are from other countries and are dubbed in hindi. Sometime some cartoons were on the top, and sometimes someone else. The choice can be different for the favourite one of an individual, but here are my all time favourite, and these are still popular in 2021.

Crayon Shin-chan, also known as Shin Chan is a Japanese Manga series written by Youshita Usui.
The main character of this cartoon is Shin-chan who is a five year old boy. Shin Chan is a naughty boy and he creates lots of trouble for his mom The Story Goes Around his naughty and funny activities.Hindi version of Shinchan is so popular in india, even it's very much popular in india's neighbouring countries Nepal,Bhutan and Bangladesh.

Ben 10 or Ben Tennyson is an American cartoon. The main character of Ben 10 are Ben Tennyson, his cousin Gwen Tennyson and her boyfriend Kevin Ethan Levin. Azmuth who is is Galvin from planet Galvan Prime made a device called omnitrix ( a watch that can transform him into any of his aliens ).

Tom and Jerry is an American cartoon created by William Hanna and Joseph Barbera. Tom who is a naughty cat and Jerry is a mouse.They are the main characters of the series and the story revolves around fight between them.

5. Oggy and the Cockroaches

Motu Patlu is an Indian cartoon written by Niraj Vikram and directed by Suhas Kadav. Motu and Patlu are the main characters of this cartoon series and they are best friends live in Furfuri Nagar. Motu is the one who generally creates problems, while Patlu tries to solve them.

Indian kids love to watch cartoons but most of them are out sourced India have a minor share of pure native Indian cartoons in India. 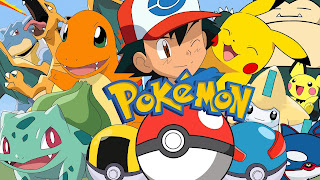 Initially started as a series of video games by a Japanese company Nintendo games, and after getting its popularity it's gone worldwide, then later they made to animation or cartoon. Pokemon is really quite popular in India.There is nothing much to tell about Pokemon because its worldwide popular.The main characters of this series are Ash and his pokemon Pikachu.

8. The Daltons or Les Daltons 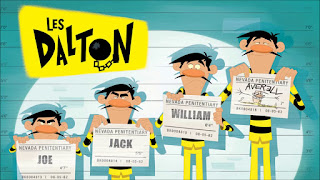 This French cartoon series is based on artist Morris and writer René Goscinny comic book series Lucky Luke, the characters of this cartoon comedy series are based on real life. West America in 1892, there was a Gang called Dalton Gang, they were expert robbing banks.In this series there are four brothers. They always tries to escape from jail, but never succeed because of their stupidity they looks same but there height is different different overall this series is very funny, and popular in India.

Is there any space for adult cartoons in India

American adult cartoons like Family Guy, Futurama and Rick and morty they are awesome, but there is a question about them. Will they survive on Indian screens. India is a huge market for them and people will love them but issues are everywhere, The Ministry of Information and Broadcasting (India) will never allow any adult show on the television.We have already seen this type of ban before with Shinchan and other cartoons shows.And if somehow they managed everything then there is also another problem in India, TV is not a personal stuff. In Indian family, no matter how rich you are, family watches TV together so no place for adult content.The only way they can survive in India is, through internet and I would say there is not a single cartoon in Indian market for adults, so the market is free to capture.