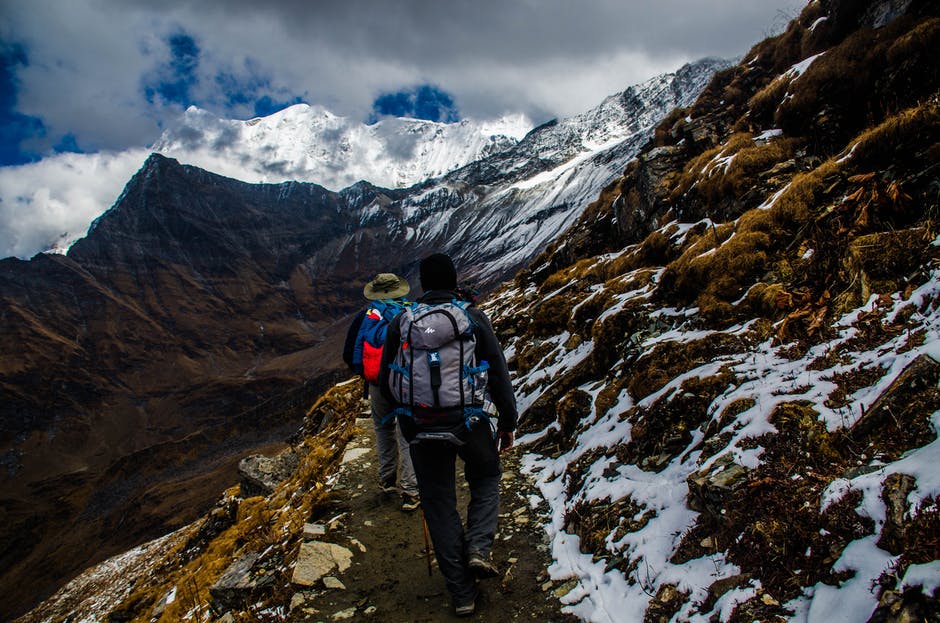 Amarnath ji is viewed as one of the significant Hindu Dhams. The Amarnath Yatra is organized every year by the Jammu and Kashmir government. The track to Amarnath  in the month of Shravana that is from July to August have the devout flow to this incredible shrine by the image of Shiva in the form of a lingam is formed naturally of an ice talgamite, which is believed to wax in vain with the moon cycle.

Behind the discovery of the Holy Shrine lies an interesting story, Legends have it that centuries ago goddess Parvati asked Lord Shiva to let her know why and when he started wearing the beats of heads that is "Mundamala" to which the Lord replied "Whenever you are born I add more heads to my bead."

Goddess Parvati said "I died again and again but you are Immortal" please tell me the reason behind this, Lord Siva replied that "for this you will have to listen to the Amar Katha the Lord agreed to narrate the details story to Goddess Parvati.

He started looking for a lonely place where no living being could listen to the Immortal secret and finally he chose the Amarnath cave, on his way to the Amarnath cave Lord Shiva left his bull nandi at Pahalgaun, at Chandanbari he released the Moon from his hair, at the bank of lake Shesh Naga he released the snake, he decided to leave his son Ganesha at Mahagunas Parvat (Mahaganesh Mountain), at Panchtarni Lord Shiva left the five elements behind

that is earth, water, air, fire and sky which gives birth to life and of which he is the Lord.

After leaving behind all these, Lord Shiva entered the holy Amarnath cave alone with goddess Parvati and took his Samadhi.

To ensure that no living being is able to hear the immortal tail he created Kalagni and ordered him to spread fire to eliminate every living thing in and around the holy cave. After this he started narrating the secret of immortality to goddess parvathi but as a matter of chance our pair of pigeons over heard the story and became Immortal. Many pilgrims reports seeing the pair of pigeons at the holy shrine even today and are amazed as to how these birds survive in such a cold and high altitude area.

One can reach Jammu or Srinagar by Rail, Road and Air to undertake the Amarnath Yatra, situated in a narrow gorge at the farther end of Lidder Valley Amarnath Shrine stands at 3888 meters, 46 kilometers from Pahalgaun and 14 kilometers from Baltal, devotees begin their Journey from Srinagar or Pahalgaun in Jammu and Kashmir on foot and take one of the two possible routes, the shorter but steeper Trek via Baltal is 14 kilometers long and allows people to take a round trip in one or two days. This route however is mostly taken by people on their way back from the cave, longer and second route via Pahalgaun is generally preferred by most pilgrims. The track usually takes three to five days one way. This Amarnath route is much wider than the Baltal track and slopes gradually but is as a consequence more crowded. In case you are planning for Amarnath Yatra then get the registration done about a month ahead of the date fixed for the commencement of yatra.

It is advised that all the Yatries should duly register themselves with the sri Amarnath Ji Shrine board that is SASB for the Yatra. The permit issued by SASB will entitle the Yatries to an insurance cover of rupees 1 lakh in case of death due to accident while undertaking the yatra.

The journey shall involve trekking across high mountains and hence it is advice that the yatries should prepare for the yatra by achieving a high level of physical fitness. The Yatries are advised to start walking four to five kilometers every day at least one month prior to the Yatra to improve the oxygen deficiency of the body it is suggested to start practicing deep breathing exercises and yoga particularly pranayama, because of the unpredictable weather conditions which often our vet and extremely cold during the Yatra period pilgrims are advised to carry raincoat, woollen clothing, umbrella, wind cheater, waterproof trekking shoes, torch, walking stick, cap, gloves, jacket, Woolen socks, trousers, preferably a waterproof pair and personal medical kits, for ladies the suitable rest for yatra is salwar kameez, paint shirt or a tracksuit. Keeping in view that tough nature of the track children below 13 years in age, elderly persons above the age of 75 years, and pregnant women should not undertake the pilgrimage. You should not track alone always travel in a group and ensure that all those comprising the group walking in front of you or in the rear always remain in your site, to ensure against your being separated from them, to enable prompt action being taken in case of any emergency you should keep in your pocket a note containing the name, address and mobile number of a member of your group with whom you are traveling, you must also carry your yatra permit and any other identity card, on your return journey you must leave the base camp along with all members of your group.

On the off chance that, any individual from your gathering is missing you should look for sure urgent help of the police and furthermore have a declaration made on the public location framework at the Yatra camp, you must strictly follow the instructions issued by the yatra administration from time to time. Don't stop at places which are marked by warning notices, do not do anything during your entire forward or return journey which could cause pollution or disturb the environment of the yatra area. Use of plastics is strictly banned in the state and is punishable under law, medical posts manned by qualified doctors and nursing staff are established on room to cater to the needs of the pilgrims free of cost. However pilgrims are advised to carry along any medicines specifically prescribed for them.

Essential rations are available at the fair price rates from the specially established government dipos at Chandanwari, Sheshnag and Panchtarni, numerous ways side tea shops and small restaurants are set up by private parties. However pilgrims are advised to carry with them biscuits, tinned food, Etc, to cater to their immediate needs. Kindling or Gas can be acquired at Chandanwari, Sheshnag, Panchtarni and close to the cave. Tented accommodation with allied facilities are set up during the Yatra period, these are provided on the basis of payment of rates fixed by the authorities manning the yatra.

Amarnath Yatra leaves a spiritual tinge in the heart of the pilgrims and provides refuge to their souls as they strike through the sacred of leading to lord Shiva in the mountainous terrain of Himalayas and shrouded in myth, mystery and mythology.