Tidal Hypothesis of Jeans and Jeffreys - Origin of the Earth - UPSC 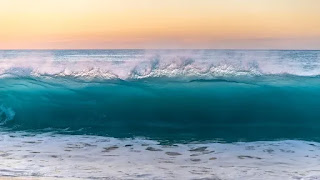 Tidal hypothesis was introduced by James Jeans in 1919 and Harold Jeffreys revised in 1926, this hypothesis is about origin of the earth and the solar system .

Tidal hypothesis says that a huge star came near to the sun for some reason, and this star had a strong gravitational force which had formed tides in the sun, the gravitational force attracted the melted matter and gases, but the force was working from both stars, which had shaped this substance into a cigar, this was thick in the middle but thin from the ends. When the star passed the substance was missed out in the sun's orbit and start rotating which formed many knots and later these knots formed our planets.

When in the initial days these planets were revolving around the sun, and due to the gravitational force of the sun tides occurred in these planets, and because of these tides the substance which starting rotating in the planets's orbits which formed satellites.