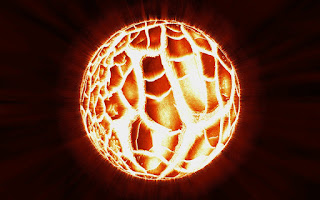 The big bang theory got immense support after the year 1964 when Arno Penzias and Robert Wilson interpret about Cosmic radiation.

According to the big bang theory the entire substance of this universe was centered to a tiny ball which is called single atom or singularity. The small volume and infinite temperature and density of the substance of centralized point explode around 13.7 billion years ago. The universe started expanding, time, space, matter all begins with the big bang, the universe grew from a point to the galaxies and it's still expanding today, but in the first few seconds after big bang it expanded so rapidly but after some time it got slow down. In the first three minutes after big bang some energy converted in matter, antimatter, protons and neutrons. Within few minutes the temperature dropped  billions of degree centigrade then it cooled down enough for  protons and neutrons to form helium and hydrogen nuclei, and then all the atomic and chemical and so many kinds of process happened and today we are here with galaxies, stars, planets and everything.

This is the expanding universe theory of the origin of the universe also know as the big bang theory.